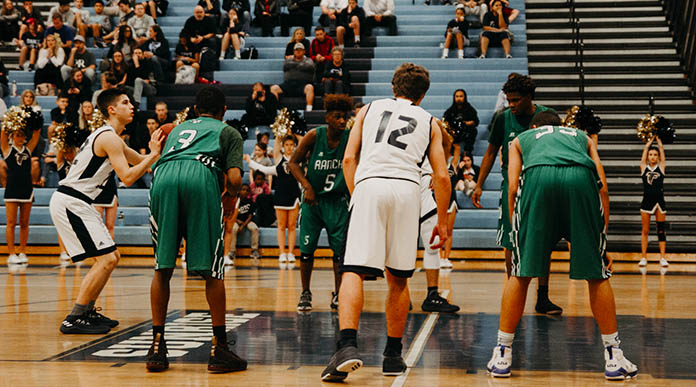 High school movies are the ongoing trend of this era. Since the release of Netflix The Kissing Booth, the audience is hooked to classy, romantic high school love stories of teens. If you are here, you must be one of them, actually I am also one of the fan of high school movies and tv shows. These movies bring out our highschool experience with a similar scene that happened to everyone. There are million highschool romantic, comedy, thriller, adventure, and crime movies but there are only a few high school revenge movies. You also believe that, after looking at all the high school movies you hit a dead end. Not to worry we have selected the best high school revenge movies that are brutal, bloody, and girls and boys looking for vengeance.

John Tucker Must Die is a high school revenge comedy stars Brittany show, who seeks revenge on his ex-boyfriend. To get their vengeance she plots a perfect plan to get even with his ex-boyfriend and see him in pain like she did after their breakup. Along with friends, she plotted a young shy girl, and force his ex to fall in love with her. If you want to find out whether he falls in love with the girl or just messing around. Watch this ultimate high school revenge comedy movie.

The early version of American Pie – take out the nudity. As the name suggests, nerds, students that nobody cares about in school are going to shine and take vengeance on the popular, bully students. The one thing we always love to watch is innocent and shy students take out mean, popular kids in high school. And this movie is filled with every scene from destroying their frat house to news within the gym and hook up with their girlfriends. I kind add last one on the, if that had been in the movie it is going to be a blockbuster movie of the 90s.

High school students are dangerous and are great at taking revenge who wrong the. This goes too easy when some of the girls in the high school practice witchcraft and cast spells on other students. This all starts when a newly joined girl joined a group of girls who are witches. Combined all fore they become too powerful and take revenge who creates any problems for her. Soon this power lost control and it is the amazing part that wants to happen next. If you want to find out check out this high school revenge movies.

Directed by Noboru Iguchi, this 2008 Japanese film is one the most brutal revenge movie. It follows the teg story of Ami, a highschool student who takes care of his younger brother as they are both orphans. In an incident of bullying, she lost her friend and her brother to yakuza bullies. Left alone in the world, her only option to take revenge on the crime family that murdered her brother. Two mechanics add a chain saw when her arm is cut off by the criminal family. With her chain saw and her mind to seek retribution, she is going for an ultimate battle.

This film is one of the few films that describe the real vengeance of highschool girls. The classic movie is based on the life of a girl named Veronica. Although being popular she doesn’t look down on others unlike her classmates Heather Chandler and Heather Duke. When she was having an argument with Heather Chandler along with her boyfriend she accidentally poisons her and made it like a suicide. The whole movie is filled with revenge, first veronica takes revenge. Her boyfriend takes revenge, it’s all blood and killing in this highschool.

This film is set in 1971, during the civil war period. The movie is set in the girls boarding school when a soldier of the rival clan seeking refuge stays their. Sofia Coppola stars as the teen and John McBurney as the soldier. When a single man in an all-girls boarding school enter you can imagine the circumstances that could happen. Die to the soldier presence, jealousy and lust rise among ladies. But he can choose one and to get him, all the ladies are in their path to ultimate retribution. From ruthless headmistress to bare hand fight if girls this have everything er want in a high school revenge movie.

Directed by Jonathan Levine and starring Amber Heard, Michael Welch, Whitney Able, and Anson Mount this 2006 high school revenge is filled with blood, killing, teen getting shot in the face. The story follows Mandy who Turney hot over the summer and now every boy on the school is pursuing her. It’s high school, party is recommended and at one party, a series of events occurred that nobody could have ever imagined. People getting shot in the face, betrayal and it’s all connected to some sicko taking revenge. If you want to find out why and who is on his vengeance contest, watch this high school revenge film.

The ultimate killer duo of father and daughter in the absurd vengeance movie. Director Sean Byrne cast the serial killer duo, which has to the one who watched it. It is based on the story of Brent, Holly, Lola, and her father. Lola asked Brent to be her prom, but he turned her turned in favor of his girlfriend holly. This made her furious and Lola’s father stage a dance in their home by kidnapping Brent and their ending plan is to kill him. If you want to now did they succeeded or not, you want to check out this high school vengeance movie.

There is no one better than a girl at taken revenge but what if she suddenly has superpowers, we could hardly imagine the damage she could do. It’s a story of a young girl Rin (Yumi Sugimoto) who is targeted by bullies in her Highschool but on an auspicious night, she suddenly realize that she is the descends from a clan of superpower-endowed mutants called the Hiruko. After discovering her power, her revenge stars to all those bullies who wronged her and her classmates. To add another thriller to the series, she also fights with other anti clan members who killed her family al. It’s a full-on revenge story of a Young teenage girl seeking vengeance.

Say “No” To Peer Pressure With These Activities

There are important stages in life. But one that holds the most importance is adolescent age. At this particular phase in life, you go...

How Long Does Ear Infection Last

How Long Does Ear Infection Last? Ear infections are a common occurrence in both children and adults. An ear infection can be bacterial or...

Getting dressed up for a formal occasion is not a complicated task. You only need a suit, tie, and formal shoes. Well, it sounds...

Intelligent movies are the films either filled with amazing people with extraordinary minds or movies that only brilliant minds could understand as they way...

How to Improve Work Ethic