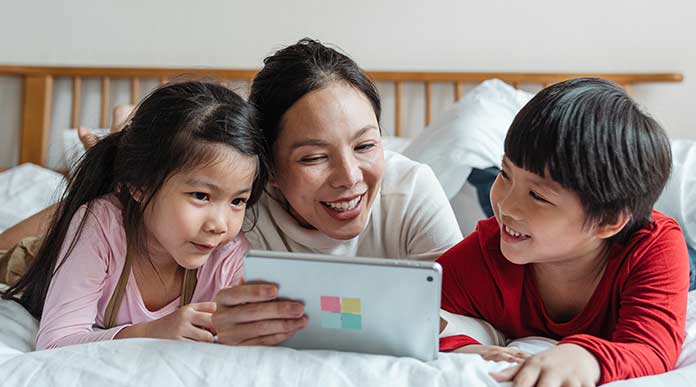 Looking for good movies for 13-year-olds to watch? Well, you are at the right place. We have picked the best list of movies which are suitable for children to watch. These movies don’t include any violence and every movie listed always pursues with a message for the kids. From Mulan to Inside out, we have listed out very movies that are well suited for 13-year-olds to watch.

Here are the top pick and Good movies for 13-year-old kids to watch. Be sure to check out these articles.

Enjoy these 10 best Family Movies with your Kids

Who wouldn’t love magic? The most popular movies making kids and adults which ended with a blast. Every 13-year-old kids have to watch the entire Harry Potter series, it is filled with magic, friendship, loyalty, and hilarious comedy for eight parts. It shows the courage, bravery of a single boy who faces the most powerful magician who wants to destroy the world. It is suitable for children and every kid in the world who have seen it, always loved it. This movie is listed at the top of Good Movies for 13-year-olds kids to watch.

The new Disney movies that is a perfect combination of bravery, courage, and fear. Mulan was first released in the animated characters but in 2020 new movies are released. It features a story of a Young strong girl named Mulan, who disguises herself as a man and joins the army in her father’s place. This movie is the first female-centered movie and it shows a woman can do anything to protect her family.

The green monster that is indeed good. Who would’ve known that monster can be sweet, hilarious, and comedian too? Shrek franchise is one of the top-grossing animated franchise in the world. Every Shrek movie is filled with hilarious and charming comedy that could make anyone burst into laughter. It’s one of the few loved movies by 13-year-old kids. The movies are not only for kids but also adults, it’s combine with trust and how great the value of friendship is. If you haven’t seen these movies, hurry up and watch these movies with your 13-year-old kid.

2012 animated movie, which is best to show your 13 yr olds. As the name suggests, it’s a story of a Young brave girl, who faces consequences from her family. Brave depicts how kids should always be brave under any circumstances and don’t anyone and always make a correct decision. The story revolves around a young princess who literally fights for her hand in marriage ( she thought nobody is better than her). Brave shows an important lesson of bravery and courage to all the girls worldwide, and is recommended of the good movies for 13-year-olds to watch.

13-year-old kids have no control over their emotions. They show anger, frustration towards their families but it’s not their fault. They are in their growing phase and it’s up to parents to help them through this phase. Inside out, was most popular among kids as it helps them understand the emotions inside them. The movie starts with a young girl Riley, who moves to different locations and how the change affects her mental health. To truly understand the emotions, inside out depicts the animated characters of anger, joy, fear, disgust, and sadness. When something happens in Riley’s life, how her emotional animated characters react to those situations. This is one of the best movies and it had to be on our list of good movies for 13-year-olds to watch.

13-year-old love prince, princes stories and tangled is one of them. Prince, princess love stories help kids to increase their emotions and these movies help them to relax and kids enjoy them, no matter how bad is their mood. Tangled begins with a young girl stuck at home who has cruse and only a prince can save her. Also, the princess’s hair has healing power which is used by the evil monster. But the movie took a drastic turn when the prince turns out to be a thief. Watch this movie with your kids to know how the story ends. You will not regret watching this amazing movie with your 13-year-old kids.

13-year-old kids love superhero movies and The Incredible Series is one of the best-animated superhero series. The movie doesn’t include one superhero but a whole family with superpowers. This movie is funny, hilarious, and also a great bonding experience between parents and their kids. The Incredible Series depicts the only thing you could trust is your family and kids should always listen to their parents if they have superpowers too.

Disney’s billion dollars grosser is a favorite among kids and adults too. It’s one of the few Disney movies that had to watch my 13-year-old, not because of its musicals or its amazing screenplay but because of the message it provides. The first movie in the franchise Frozen takes the strong bond of sisterhood between two lovely princesses. It also depicts, a sister can go to any length to save her sister and also to save a princess, you don’t always need a prince. Love between a sister is more stronger than a love between a prince and a princess. The second movie also had a beautiful message about sisterhood and how two girls overcoming the challenges with self-empowerment and their unconditional love for each other. You could watch these amazing Frozen movies which are preferred and good movies for 13-year-olds to watch.

Spiderman has to be on our list, kids and adults love the animated character since it’s first introduced by Stan Lee. The new animated movies come up up with a new storyline, now we have spiderman from every parallel universe and the city is going to be filled with web. The audience loved spiderman animated movies, and it was critically acclaimed for its screenplay, and it’s amazing cinematography. It’s is definitely one of the good movies for 13 years to watch.

Another animated movie that was loved by the audience as it has an amazing family. The Croods describe family values and the bond between father and daughter. The movie is filled with humor, hilarious animated characters, and extraordinary cinematography. It’s the perfect combination for parents to watch with their 13-year-old kids, kids will love it and parents could also enjoy it too. Nicholas Cage, Emma Stone, and Ryan Reynolds voiced in this amazing and brilliant movie for 13-year-old kids.

13-year-old Kids love superhero movies, but most of them are filled with and dark humor. It’s most likely DC movies which are popular for their dark movies. But DC changed this from their new superhero movie Shazam.  It features a young boy who inherits the power of a wizard named Shazam. Whenever he says Shazam, he turns into an adult and has amazing powers including flight, strength, lighting control. The movie is filled with hilarious and charming comedy, which will be very appreciated by a 13-year-old.

Hypertension something found commonly in people nowadays. If you are dealing with this disease, you have to keep in check some things to keep...

Perfumes are the best thing anyone can wear on their body. your perfume decides your character in other person minds when you walk in...

If you have watched CW Riverdale, the one actor body you loved it 'Archie'. His tipped, shredded physique made him the ultimate crush of...

How to Boost Immunity: Foods and Tips

Immunity is your strength, your protective shield and a personal fighter. Immune system plays an important role identifying the outside virus and bacteria that...